The Democracy tent, organised by Demo Finland with its member parties, was once again the hotspot to meet politicians at the annual World Village festival, held on 23rd and 24th May in Helsinki. In addition to lively discussion, the visitors were challenged to make their democracy promises.

Among the politicians who visited the tent, there were several new members of the parliament as well as veteran politicians familiar to everyone interested in politics. Every politician was eager to give their democracy promise, varying from promising support to development cooperation funds to waking up a ’sleeping voter’, and from keeping close contact with supporters to participating in demonstrations. 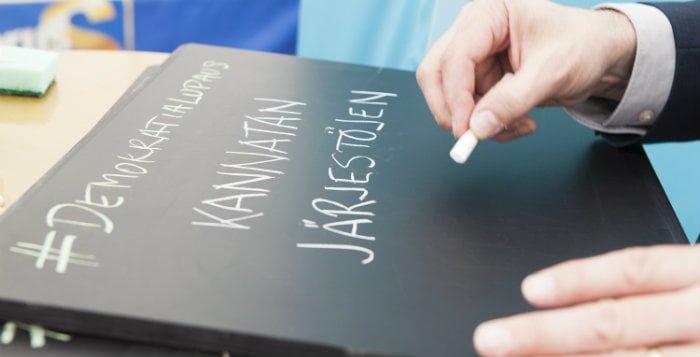 Dozens of democracy promises were made Photo: Maria Santto

The aim of the campaign was to remind everyone that even though Finland just had elections, democracy is always a work in progress and active citizenship as well as accountable politics must be encouraged at all times to maintain functioning democracy.

The main theme of the festival this year was ’development’ and Demo Finland contributed to the cause by setting up a panel discussion on the relationship of democracy and development. The panel was hosted by journalist Annika Damström, who interviewed the panellists on the strengths and weaknesses of Finnish democracy eventually taking the discussion to a global level by asking the panellists their opinions on how political systems in developing countries should be supported. The panellists were united in their opinion that Finland is a model democracy and should give support to political parties and systems in it foreign cooperation. 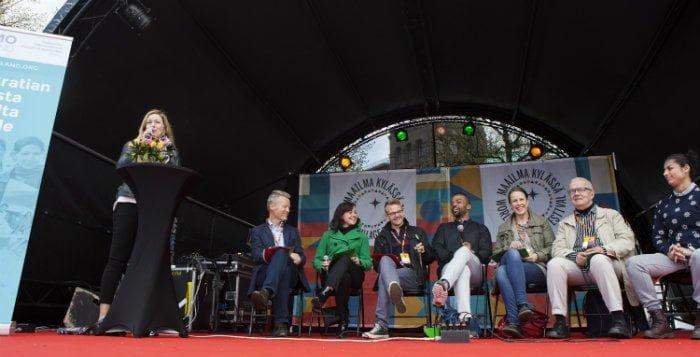 A lottery with a lunch meeting at the parliament with an MP as a prize, was organized for the third year, and it was more popular than ever before with over 200 hundred visitors trying their luck.

According to the main organiser of the festival, Kepa, around 77 000 people visited the festival during the two days. Demo Finland wants to thank all visitors and especially those active members of the Finnish parties that helped putting together the Democracy tent! 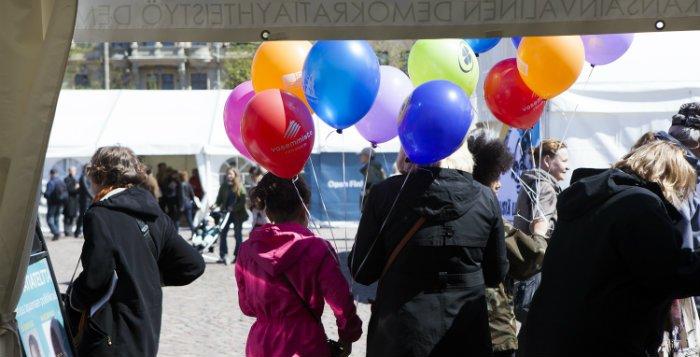 INVITATION: Women, power and politics – stories from Finland and Zambia

Democracy Tent brings together politicians at the World Village Festival