According to several democracy reports, the state of democracy has deteriorated in both new and established democracies. For the first time in 30 years, the number of countries moving to a more authoritarian direction has been growing steadily for several years. The European Democracy Hub’s report highlights how the COVID-19 pandemic, the rivalry between the U.S. and China and the crisis in Afghanistan overshadowed democracy in EU foreign policy.

Will democracy become the main goal for the EU?

During 2021, the EU sought to address the deterioration of democracy with ambitious initiatives. The implementation of the EU Action Plan on Democracy and Human Rights 2020–2024, adopted by the EU Council of Ministers, began in 2021. The European Commission brought together member states for the joint Team Europe Democracy initiative. The aim of the Team Europe initiative is to defend democracy in the world and to combine the fragmented democracy support activities of different member states into a strategic whole. The initiative is intended to facilitate EU funding for democracy support in the coming years.

At the same time, the United States has kept its role as major supporter of democracy. In 2019, U.S. financial support for the promotion of democracy internationally was 1.7 billion dollars, accounting for about six percent of the state’s total bilateral development co-operation. U.S. support for democracy is also affected by its foreign policy interests. In December 2021, President Joe Biden convened the Summit for Democracy, which – despite criticism – accelerated the commitments made by several states and international institutions to strengthen democracy. At the Summit, President of the European Commission Ursula von der Leyen announced a new Global Europe for Human Rights and Democracy for 2021–2027.

The EU’s democracy-building toolkit included development co-operation, diplomatic dialogue and economic sanctions against states that violate the principles of democracy, the rule of law and human rights. The effects of the EU’s new democracy programs remain to be seen.

Finland lags behind the other Nordic countries in supporting democracy

Democracy is highlighted as one of the priorities and values of Finnish foreign policy, and is one of Finland’s development policy priorities, but the emphasis is not reflected in funding. Only 2.8 per cent of Finland’s development funding went to democracy support in 2019. This means an investment of around 14.8 million euros to the sectors of legal and judicial development, democratic participation and civil society, elections, legislatures and political parties and media and free flow of information. In a Nordic comparison, Sweden allocated 10.5 per cent of all bilateral development co-operation to democracy support, Denmark 4.8 per cent and Norway 4.1 per cent.

Sweden is the biggest Nordic democracy support donor with 300 million euros in 2019. Sweden’s Drive for Democracy initiative outlines democracy as a cross-cutting value in Swedish foreign policy. Clear commitment to democracy and making it a priority has made Sweden a credible and vocal advocate for democracy.

Supporting democracy is walking the talk

Long-term, successful work for democracy requires adequate and stable funding. Democracy needs consistent support and should not be forgotten when other interests occur. Noteworthy is, that the long-term deterioration of the state of democracy internationally has redirected and reduced democracy support into democracy protection.

In the current context, democracy support has become more difficult but also more important. Democracy has a strong connection to peace and human rights. The added value of Finland’s support for democracy is its long tradition of multi-party co-operation and the history of women’s political participation. Democracies are better equipped to withstand crises such as an economic downturn or a pandemic.

Democracy needs actions in addition to the ambitious rhetoric. 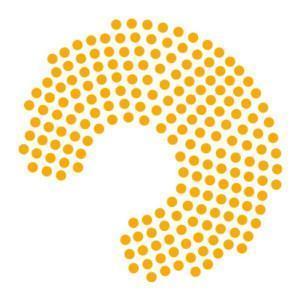