Why does Finland participate in external democracy support? The analysis indicates that potential motivating factors for democracy support are the value of democracy as such as well as how democracy is seen to reinforce other goals in Finnish foreign policy and development co-operation. Finnish foreign policy is seen to be value-based, and one of these values is democracy. Supporting democracy was also seen as a pragmatic interest in the way it reinforces other goals, such as sustainable development, peace building, conflict prevention, stability, and economic interests. Important are also Finland’s international commitments through UN and EU, and Finland’s will to uphold the rule-based international system.

Democracy is an important value in Finland’s foreign policy, but there would be further possibilities for Finland to do more in the democracy support sector. Click To Tweet

Supporting democracy is not without its challenges. International support for democracy has weakened, and the process of democratisation is not always fast nor easy. These processes are slow and delicate, and there might even be democratic backsliding. In the interviews it was striking how the interviewees identified the discrepancy between the strong rhetorical commitment to supporting democracy and the reality with modest funding and a small number of democracy support projects. Democracy is seen to be in the ‘core’ of Finland, its identity and story as a country and a value guiding its foreign policy. Despite this strong motivation, the funding for democracy support is still rather modest compared to Finland’s development co-operation all in all, and democracy is only one of the many goals in Finland’s development co-operation. Democracy is an important value in Finland’s foreign policy, but there would be further possibilities for Finland to do more in the democracy support sector. In 2018, the funding for democracy support sectors was 3.2% of the total bilateral Official Development Assistance. 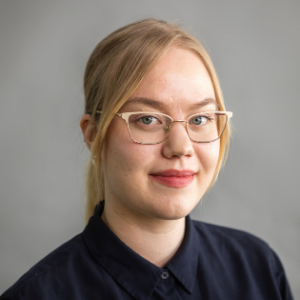 Politics of climate change is shaped at many forums