Good governance is not the same as democratic governance

Finland supports “good governance” in several countries in its development policy, but is it enough to achieve sustainable, positive development results? Should not the supported governance also be democratic in order to be good and of high quality?

If the good governance that is supported is not democratically elected and does not operate by democratic rules, does the support maintain an authoritarian status quo or unequal and discriminatory structures at worst? Support for democratic governance aims at positive structural change. Democracy should not remain a mere buzzword when listing values but must be supported actively and in a targeted way. It is not just about semantics but rather about where and how resources are allocated and about what kinds of structures are maintained.

Democracy should not remain a mere buzzword when listing values but must be supported actively and in a targeted way. Click To Tweet

For example, the Organization for Security and Cooperation in Europe (OSCE) bases both its work and system of values and standards on support for democratic governance. It is a system of governance in which institutions operate in accordance with democratic processes and norms, both internally and in interaction with other institutions.

Thus, strengthening the capacity of governance is not automatically the same thing as promoting democratic governance and strengthening the capacity of democratic actors. According to Rachel Gisselquist of UNU-Wider, good governance is a popular concept in development policy, which, in its vagueness, is unnecessarily problematic for development analysis and decision-making, although it is widely used in general discourse.

The World Development Report (World Bank 2017) discusses this dilemma. The report emphasises that global development results are not as good as one would expect. This is due to the lack of effective policy implementation and the persistence of ill-prepared policies due to the nature of governance and the underlying political dynamics and asymmetry of power. To achieve effective development results, it is necessary to address the asymmetry of power relations, analyse them and use this analysis in the planning of implementation.

In other words, it is essential to strengthen the capacity of those in power and those who seek it in order to draw up better policies in consultation with citizens.

It is therefore not enough to support good governance; efforts must be made to support the country’s democratic governance.

Graeme Ramshaw and Susan Dodsworth (2021) emphasize that development cooperation can be done democratically. Although democracies have their weaknesses, common assumptions about the incompatibility of development and democratisation should be updated in the field of development cooperation. The development results of authoritarian countries, such as China and Rwanda, are not sustainable, and statistics have often been manipulated. Similarly, democracy support actors should be louder in emphasising democracy as an important factor in development. Development can be supported democratically, which, according to studies, brings many benefits. The authors call these benefits “silent success stories”.

In development cooperation, the illusion of neutrality and the non-political nature of aid still exists. The effectiveness of a policy depends not only on which policy measures are chosen but also on how they are selected and implemented. The distribution of power – its asymmetry – has an impact on the effectiveness of the policies. Indeed, it has been easier to talk about good governance in development cooperation as it is more technical in nature and less politically charged.

Good governance has been criticised for neutralising the conditionality of aid through a less political concept of good governance.

Development projects and programmes that are loosely classified as supporting good governance make up a very large proportion of donor aid budgets. However, democracy is a more political concept than good governance and also requires an extensive analysis of political power relations. Sustainable development results will only be achieved by having an in-depth knowledge of a country’s power relations, carrying out adequate political analysis and involving various actors on a multi-party basis. 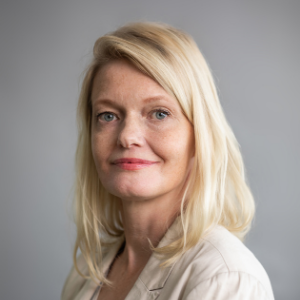