Several reports on democratic backsliding have been published recently. At the same time, movements opposing women’s rights have strengthened. However, not that much has been written on the connection between these two phenomena.

In addition to the authoritarian wave, global anti-gender movement has also gained ground. This movement seeks to undermine the rights of women and sexual and gender minorities. The anti-gender movement is not a stand-alone activity, but is based on well-funded international networks. With a closer look at the countries in which these global movements have gained a foothold, a link to authoritarian regimes comes up.

Undermining women’s rights is a common and old strategy for many authoritarian leaders. Dictators are adept at using fear of foreigners, minorities, or cultural change in their quest to create dividing lines among citizens. They take advantage of traditional hierarchies for this purpose, including gender.

Hungary and Poland managed to get the term “gender equality” removed from an EU declaration last May, Xi Jinping in China has silenced feminist movements. Putin’s Russia has made numerous laws on domestic violence less stringent, as has the Nicaraguan government. President Erdoğan withdrew Turkey from the Istanbul Convention, a legally binding Council of Europe treaty to combat violence against women. Hungary, along with some other EU countries, has refused to ratify the Convention. The list is long, and one of its most disturbing examples is Afghanistan, where the Taliban victory has destroyed 20 years of progress in women’s access to education and representation in public office and working life. Not surprisingly, according to the Georgetown University Women Peace and Security Index, the implementation of laws on gender equality has slowed down in recent years. At the same time, violence against women has increased, including in politics. The COVID-19 pandemic has also exacerbated this.

Number of women in parliaments does not guarantee democracy

On the other hand, authoritarian regimes have also excelled in promoting women’s political participation. There are currently three countries in the world where more than half of parliamentarians are women: Cuba, Rwanda and Nicaragua. None of these countries can be called a democracy. At present, progress towards the Sustainable Development Goals in terms of women’s political participation is measured by the number of women elected. However, it is important to look behind the numbers – democracy and the number of women elected do not necessarily go hand in hand. On the other hand, the SDGs do not mention democracy as a goal.

Increasing the number of women in politics is the right direction, but it is not a sufficient goal when it comes to democracy and gender equality in political decision-making. We need to look more closely at the role of women in politics and decision-making and identify the oppressive mechanisms of authoritarian regimes. Women should also not be thought of as a homogeneous group, but other discriminatory structures must also be taken into account.

Democracy and gender equality are connected

It is no coincidence that gender equality and rights of women and minorities are being curtailed at a time when authoritarianism in the world is increasing. Political scientists have long stated that women’s rights and democracy go hand in hand. Studies show that when women participate in social movements, these movements are more likely to succeed. Women have also played a prominent role in opposing authoritarian regimes and military coups in Myanmar, Sudan and numerous other countries for decades.

Understanding the link between democratic decline and opposition to gender equality is important for those who support democracy and gender equality. The debate on the deterioration of democracy must not be gender blind. The question could also be, what happens to democracy when gender equality declines?

International democracy support must take into account the link between democratic decline and movements that oppose women’s rights if the global trend towards democratic backsliding is to be reversed. In addition, it is important to keep in mind support for grassroots women’s organisations and support for strengthening the inclusion and capacity of political parties.

In Demo Finland’s experience, an effective way is to support local women’s organisations that can bring political parties together across party lines and to support parties in their efforts to achieve women’s meaningful political participation. There is a need to support existing processes to strengthen women’s rights, to strengthen multi-party co-operation among women politicians and their co-operation with civil society, and, more generally, to integrate gender perspective into all democracy support. Diplomatic pressure on authoritarian regimes is also important. In addition to speeches and declarations, adequate long-term funding is needed. 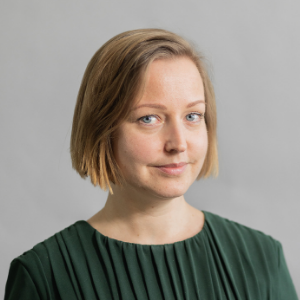