Security policy has become the main topic of conversation in Finnish politics for the first time in decades. After the Russian attack on Ukraine, our security environment has changed in a fundamental way. This same discussion has emphasised the increasingly strong connection between democracy and security.

It is very likely that a democratic Russia would not have started the war against Ukraine in February. In functioning democracies, the opposition and citizens can question and criticise the actions of the government, and, thanks to free media, the government cannot spread disinformation that gives a skewed perspective of the outside world. What authoritarian leaders have in common is a deluded and twisted picture of their own actions and reality. This is further exacerbated by these leaders not receiving accurate information – since often those people working for them are reluctant to deliver bad news. In Russia this has become a grim reality after a swift blitzkrieg turned into a colossal military failure.

Democracy is one of the key values of Finnish foreign and development policy. In a statement released in September 2022, the Foreign Ministers of Nordic countries describe enhanced measures to protect democracy and to support it around the world. The need is great since the state of democracy has weakened both in new and established democracies in the last decade. According to the Swedish V-Dem research project, 72 countries were democratising and only three turning more authoritarian in the late 1990s, but in 2021 only 15 countries turned more democratic while 33 turned more authoritarian. Only 13 per cent of the world’s population lived in liberal democracies in 2021.

Finland has a long way to go to reach the goals of supporting democracy, however. The proportion allocated to democracy support in Finnish development funds is only a few per cent of the total budget, and support for the critical elements of democracy, such as parliaments and political parties, is even more marginal.

Security has been discussed widely from a military perspective after the Russian invasion of Ukraine and during the process of Finland applying to be a member of NATO. Security policy will remain a topic ahead of the upcoming Finnish parliamentary elections in the spring of 2023 as well as on the next government’s agenda. Democracy has not traditionally been thought of as an element of hard security, but after this year’s events, it has become evident that it does form a part of hard security.

Democracy creates the basis for a stable society. The weakening of democracy around the world is a security threat that Finland should be worried about as well. This is why Finland has to further strengthen its commitment to supporting democracy. Supporting democracy means supporting peace and security. 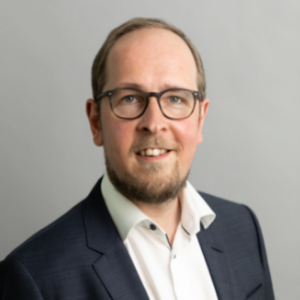