At the beginning of the year 2017 Demo Finland with its partners of cooperation started to carry out a project in Mozambique that belongs to the country strategy of the Ministry of Foreign Affairs. The aim is to support Mozambique to make use as great as possible in the future out of its huge natural resource deposits to reduce poverty and to strengthen the economic growth. Supporting the knowledge of both national and regional parliaments is central in this work to have the legislation updated and that realizing it would assure the distribution of the gains to the citizens.

Mozambique is one of the poorest countries in the world. The economic growth of the previous years has not significantly reduced the poverty of the population and lately the economic growth has also weakened – because of both the global development and the internal economic problems of the country. At the same time international companies have identified new rich natural resource deposits specially concerning natural gas and oil. In the future it would be important that the profit of the natural resources fell on especially the poorest part of the population. By means of the project of Demo Finland and its partners the knowledge level of the members of the parliament concerning the existing legislation and its more efficient realization has strengthened, specially from the perspective of the people living in the areas of natural resource deposits.

In addition of the national and regional parliaments, in the cooperation there are the people of the region, the civic society and the companies. 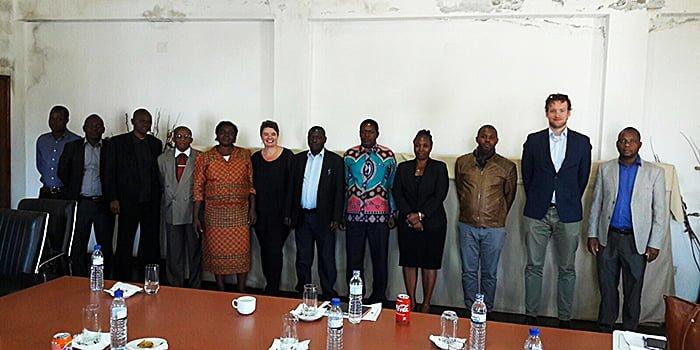 The project has already been profitable during the first six months it has been going on. Cooperation between the national and the regional level has been increased and the representatives of the regions can be in contact with the legislators through a common forum. Particularly in a politically culminated situation building a constructive conversation is important. By means of communication the knowledge level of the extractive industry´s effects among legislators has grown. Regional level parliaments have amongst other things organized conversations with different operators about how does the lawgiving work from their point of view.

International cooperation and sharing of good practices are important components in the project. Peer learning with Finnish members of the parliament creates a significant way to Mozambican parliamentarians to get new aspects to the strengthening of the implementation of their own lawgiving. A Mozambican group of parliamentarians will visit Finland in November to get to know the good practices of Finnish mining and the role of the legislators as well as the multiparty based cooperation.

The triennial project is a part of the bilateral cooperation of The Ministry of Foreign Affairs and Mozambique. In Mozambique a local multiparty democracy supporting organization Instituto para Democracia Multipartidária is responsible for the implementation of the project. In addition, Netherlands Institute for Multiparty Democracy is a partner in the project.

More equality to politics – a week of peer learning