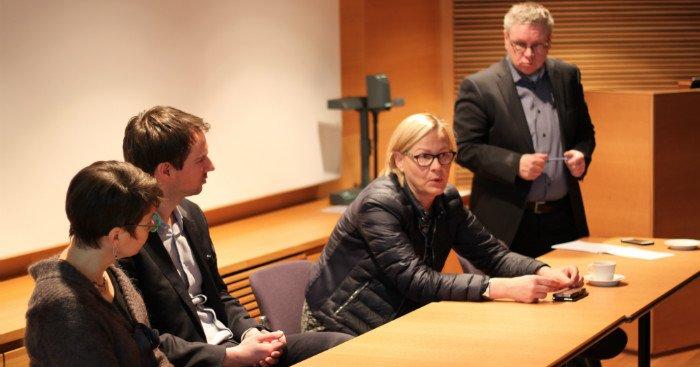 “If we want to step up EU’s engagement in democracy support, countries such as Finland, must take a lead in promoting it”, stated Member of Parliament Eva Biaudet in her opening remarks in a seminar on EU’s support to democracy at the Parliament of Finland.

“To succeed in making the SDGs and especially the goal on peaceful societies true, we must find more support for democracy – it is one of the prerequisites for the rest of the SDGs to happen”, she continued.

Ken Godfrey, Executive Director of Brussels-based European Partnership for Democracy, emphasized that the recent EU Global Strategy’s increased focus on security brings with it a risk of the EU prioritizing resilience – above values such as democracy.

The Ministry for Foreign Affairs of Finland was represented by Senior Adviser Lotta Valtonen who stressed the importance of coordination among the EU, its delegations, member countries and other actors as well as consistency of work on democracy.

The Secretary General of Kehys, Rilli Lappalainen, concluded the debate with some food for thought:

“Finland will hold the EU presidency in the latter half of 2019. Should democracy support be one of Finland’s presidency themes?”

The seminar was co-organized by The Finnish NGDO Platform to the European Union Kehys and Demo Finland.