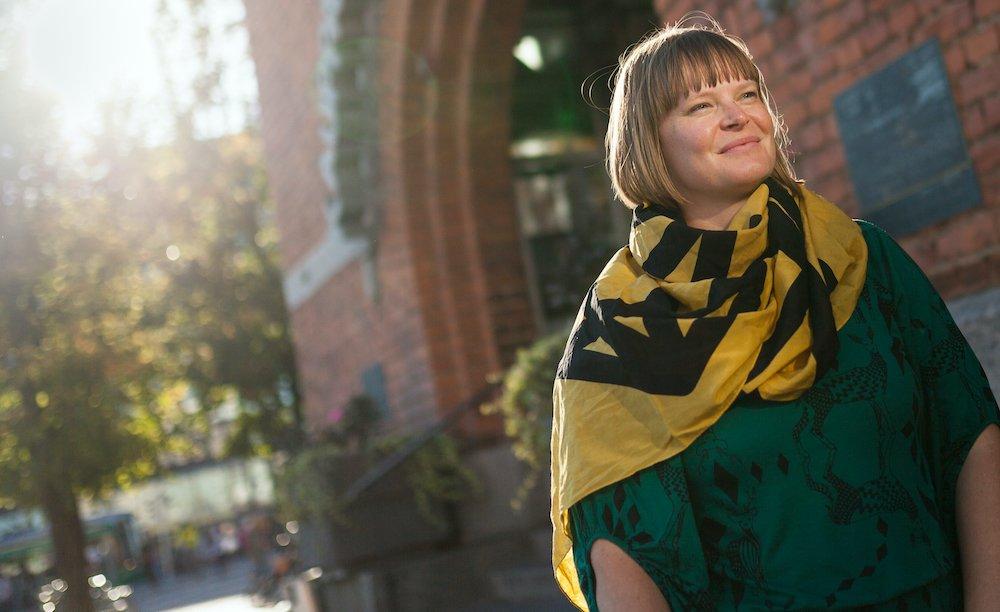 According to the World Economic Forum, as gender equality increases so does the prosperity and safety in the society. Absolute poverty is still globally gendered: 122 women for every 100 men live in absolute poverty. Money targeted for women gets channelled to children’s education and healthcare, the core of development.

Work done for gender equality is the best possible development cooperation on the global scale. At the same time, it is also the best form of democracy support. That is the reason why the sustainable development goals for 2030 shared by all countries aim for full and efficient participation of women into decision-making as well as equal opportunities to be a leader in all levels of politics, economy and society. Much work remains to be done still: female representation in national parliaments varies from zero to 61.3 per cent with a mean of 24.2 per cent. The good news is that there has been an increase from the 19 per cent in 2010.

The European Union is the biggest development cooperation donor with some 74 billion euros and that puts a lot of emphasis on what type of equality EU promotes around the world. Even during EU’s foundation, the core focus of their equality work has been on equal pay, whereas gender mainstreaming was promoted particularly in foreign relations and especially in the development sector before EU’s internal politics. The new development policy consensus carries the torch and places gender equality at the centre of every operation.

However, EU has been criticised for promoting gender equality well on paper while simultaneously lacking in practice. For example, the guiding gender equality programmes of the foreign relations gender equality work (Gender Action Plan I (2010-2015) and GAP II (2016-2020)), which call for mainstreaming, direct gender equality actions, and engaging in dialogue on promoting equality with other countries, have been criticised for many things. There are clear deficiencies in implementation, leadership, listening to the civil society, and the amount of funding. Additionally, important parts of foreign relations such as trade and security have not been sufficiently included in the implementation. 85% of new programmes should directly or indirectly promote gender equality in 2020 but it seems that this goal will not be attained.

One possible reason can be the resistance gender equality work has had to face in the past decades in both domestic and foreign politics. No matter the topic, the European Council struggles with reaching a consensus. I witnessed that especially in regard to sexual and reproductive health and rights (SRHR) while working in the European Parliament. For example, in the 2015 GAP II negotiations people opposing abortion rights succeeded in weakening the Parliament’s stance for the first time in years. This type of activity has grown in strength and is linked to the rise of the far right.

The resistance against gender equality politics has grown significant enough that there have been talks of giving up negotiating a new foreign policy gender equality programme GAP III because, in the current climate, the present programme has started to look very progressive and productive. And because money is the final arbiter, many in the EU funding discussions have been worried about the future of gender equality work funding. For the moment, however, it does seem that the 85 per cent goal will be included, but there are still arguments about how binding it will be and what proportion of the money needs to be used directly in promoting equality. CSOs have been striving for 20 per cent but the final figure will be far from that.

Still, there is a different and more optimistic attitude to be found. The Council just decided on strong conclusions on GAP implementation that support SRHR. In them the Council committed to evaluate the current programme and use the evaluation to make a new one. Many actors believe that now is the time to do a new and stronger gender equality programme for foreign relations GAP III. Perhaps the new European Parliament is more progressive than the previous one in these questions. On one hand, the new High Representative of foreign relations Josep Borrell is not a woman (which of course does not prevent one from promoting gender equality) unlike Catherine Ashton and Federica Mogherini who promoted equality in foreign relations. On the other hand, for the first time ever the Commission is led by a woman, Ursula von der Leyen, who has spoken for equal representation of genders among the commissars.

Could gender equality politics be on the edge of a new era? This, like development politics in general, is made harder by immigration and security goals claiming space and money from education, health, and equality work – the work that really affects development. Furthermore, gender equality does not progress if countries do not have ownership. Resistance on these issues has not been limited to Europe. It has been calculated that with the current speed it will take 108 years to reach gender equality!

All in all, Demo Finland that also supports female participation has a lot of important work to do. It has been my honour to be part of Demo Finland’s board for the past four years and to see how the organisation’s position has finally been secured and recognised and the work has been able to grow. I can feel happy about giving someone else a seat at the board. I trust the people of Demo Finland to continue their important work towards the realisation of Agenda 2030’s goal of equal participation of all genders.

*Demo Finland regularly publishes columns by representatives of its member parties. The views expressed in the columns are those of the writer and do not necessarily reflect the views of Demo Finland.