Demo Finland’s project Youth Creating Solutions for Meaningful Participation (YCSMP), supported by the Erasmus+ program of the EU, continued in May as a group of almost 20 active youth and youth workers from four different countries gathered in Finland for a training program on global development and democracy issues. Participants were from Finland, Bangladesh, Nepal and Slovenia.

The program started with a 5-day training of trainers in a very Finnish landscape in the municipality of Vihti. The relationship between democracy and development was one of the topics treated in the training, and the participants also pictured their ideal world of 2030 and discussed methods to contribute to this development. Visiting speakers from the Ministry for Foreign Affairs and from NGOs presented both the traditional development policy and ways to influence development for example as consumer or in the peace movement. Youth participation was also discussed with Joel Linnainmäki, Finland’s UN Youth Delegate 2014. 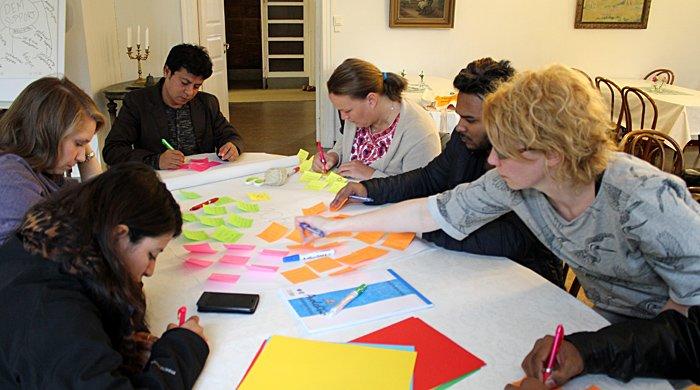 Group work and participatory methods were used in the training

The training of trainers emphasized experience sharing and mutual learning of the participants, who became trainers themselves as the program continued with two simultaneous pilot trainings that the participants planned and implemented. These training days were organized in Tampere and Turku for local students and youth politicians. The participants gave good feedback for the pilot trainings, and the multicultural groups of trainers were especially happy with their good teamwork despite cultural differences and tight planning schedule. 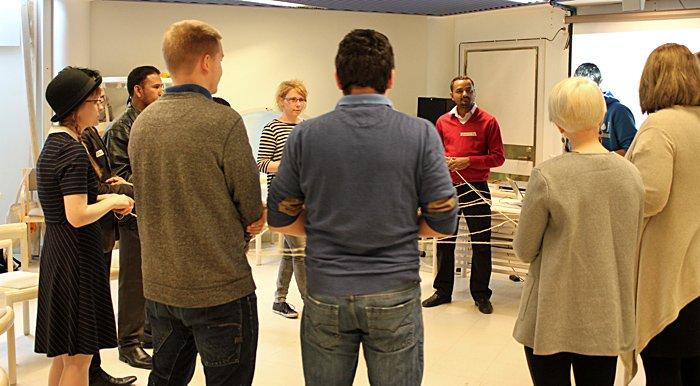 At the end of the training program, participants from the four countries visited the World Village Festival in Helsinki. Their task was to get to know the exhibitors of the festival and to find organizations that do impressive work with youth or that use innovative methods to present their activities. One of the NGOs that made an impression was Demo Finland, whose Democracy Tent gathered all the parliamentary parties under one roof in good cooperation and nice atmosphere. “That would not be possible in our country”, said one of the participants from Bangladesh.

The training program offered a possibility to discuss global challenges together with the participants from two different continents. The traditional Western view of development as something that happens “somewhere far” as contrast to the developed countries, was more or less forgotten. Instead, there was a lot of discussion on mutual problems like youth unemployment, domestic violence and lack of participation of young people. Differences were of course found also; while democracy is taking fragile or even backward steps in South Asian countries and political parties are losing credibility in Slovenia, much positive was seen in the Finnish political system. On the other hand, Finland’s activities and attitudes internationally concerning, for example, policy coherence was also criticized on several occasions. 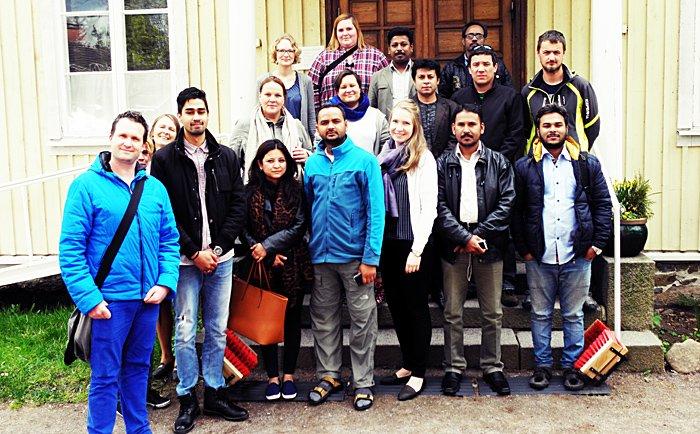 All in all, development was seen as a universal, mutual issue instead of the “all-knowing donors helping passive targets of aid” view, which so often has been dominating in Europe. Or how does it sound like to have a Nepalese facilitating a training on human rights and domestic violence for Finnish youth?

INVITATION: Women, power and politics – stories from Finland and Zambia