In autumn 2006 women members of Tanzanian parliamentary parties decided that they want to act for equality and for the sake of impact, they want to do it in co-operation across party lines. Back then, some of the parties did not have a women’s wing and cross-party co-operation was unheard.

As a sign of goodwill UWT, the women’s wing of the ruling CCM party, invited women from the other parties to follow their annual meeting. UWT is Tanzania’s oldest women’s wing and during the single party rule, it was also the only one. This small but significant gesture allowed the women of opposition parties to learn and experience how women’s organisations function in practice.

Preparations for co-operation had begun already a couple of years earlier when the Unit for Africa and Middle East at the Ministry for Foreign Affairs of Finland ran a pilot project with the Tanzanian parliamentary parties. Five party-leaders visited Finland in 2006 and they explicitly requested support for strengthening women’s political participation. The Finnish experience of equality building had raised interest abroad and also the Tanzanian leaders thought that they could benefit from Finnish peer-support.

Demo Finland had been founded in autumn 2005 and Tanzania became the first country for continuous co-operation. 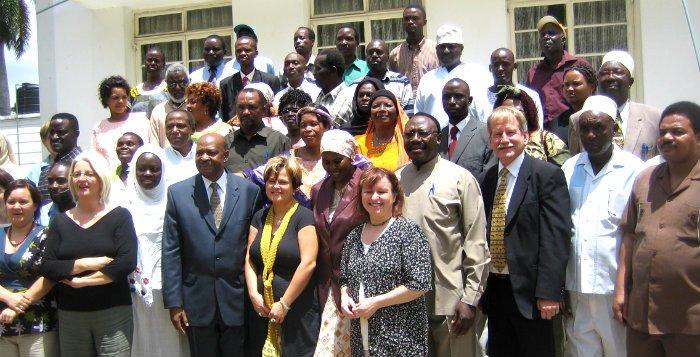 Planning the early stages of co-operation in Tanzania

Women advancing to positions of power

Soon after the UWT annual meeting the main opposition party Chadema established its women wing. BAWACHA became the first wing that organized internal elections to select its leadership. The women of Chadema were not the only ones feeling empowered and several women representing different parties were nominated to decision-making bodies in their own parties.

In the early stages of co-operation Demo Finland worked directly with the political parties. In 2010, one milestone was achieved when the Tanzania Women Cross-Party Platform (T-WCP) was officially founded and registered as an independent organization. Salma Kikwete – the wife of President then – honoured the occasion by being present at the launching event attracting broad attention by the media 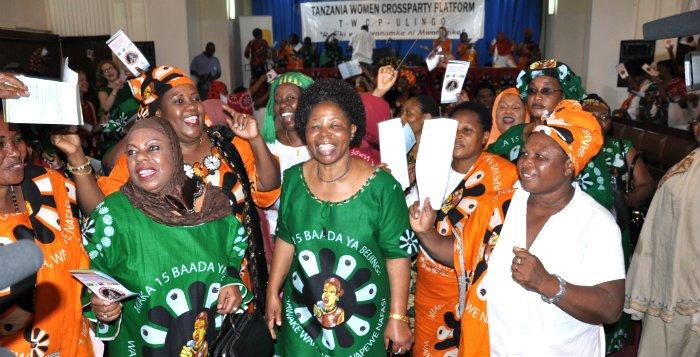 The T-WCP was officially founded in 2010

In the 2010 elections many young women stepped up as candidates having gained confidence from the T-WCP co-operation. Unfortunately, most of them had to wait for five more years, until the 2015 elections, before the participation of women was really on the agenda of political parties and the public.

In the 2015 elections many young women emerged as future leaders and won seats from elder male candidates. When Tulia M. Ackson was chosen as first Vice-Spokesperson of the Parliament, and Samia Suluhu as Vice-President as the first women holding the post, media were ready to announce a triumph of “girl power”.

After the 2015 elections it can be said without hesitation that women’s equal representation is an important topic on the Tanzanian political agenda. This was one of objectives set when the co-operation began more than ten years ago. “One of the key outcomes of our cross-party co-operation is that women from different political parties managed to identify a common agenda and jointly press for the adoption of it by the government and political parties, this would not have been possible without the support by Finnish politicians and Demo Finland”, describes T-WCP Coordinator Ave Maria Semakafu.

Renewal of the Tanzanian constitution started in 2012. T-WCP acted from early on in order to ensure that equal gender representation would be included in the new constitution as suggested by the African Union’s 50:50 principle. The coordinator of T-WCP and all except one of the board members were granted a seat in the Constitutional Assembly. The first goal of the T-WCP was reached when Samia Suluhu was chosen as Vice-President of the Assembly. This would have not happened without a common request from all women in the Assembly to have both men and women represented in the presidential positions.

Acting across party-lines has become an established way of lobbying for the women of the T-WCP especially in questions concerning women’s representation and gender equality at large. This was another main objective set by Demo Finland and the Tanzanian women when the co-operation started. Additionally, during the constitutional renewal process the political women organisations have successfully joined hands with the broader women’s equality movement.

The new constitution has not been approved yet since the referendum was postponed from autumn 2015. If approved, the Constitution would significantly improve women’s political representation. The draft proposes that representation of men and women must be equal in all decision-making bodies.

Thus, the Tanzanian women are getting close to securing the 50:50 principle. A lot of work remains to be done to have the principle approved and then put into practice. And after all, representation is only a step towards politics in which gender and equality issues are taken into account at all levels and spheres.

From now on the women of Tanzania have to fight for their rights without the support of Demo Finland, whose support to T-WCP was dropped due to the Finnish government’s heavy cuts on development funding. 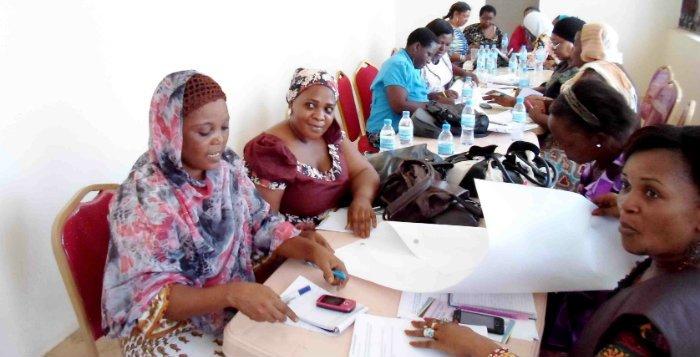