Zambians cast their votes in a by-election last week. The elections were held a couple of months after the death of the former President Michael Sata (Patriotic Front) in last October. Edgar Lungu (PF) secured a narrow victory in the vote that had a record low turnout – only 34,2 of the eligible voters went to the polls.

Heavy rains and problems in voter registration hampered the vote but overall the elections were described as free and fair. The new President announced his cabinet on Monday the 26th January, and Zambia will have a women Vice President for the first time. The newly appointed Vice President Inonge Wina (PF) has participated actively to Zambia National Women’s Lobby’s work that is supported by Demo Finland.

In last September Wina took part in a workshop organized jointly by the UNDP, the Zambia Women’s Parliamentary Caucus and Demo Finland. We had a chance to pose a few questions to Wina about her political career.

Hon. Inonge Wina, when and why did you decide to join politics?

I come from a family of women leaders and my husband was also active in politics. At that time I was working for NGOs. After my husband passed away, I made a deliberate move: in my opinion us who are in leading positions in the civil society have to offer ourselves. Then, I was elected to the Parliament in 2001. At that time I was in opposition but since the last elections our party, Patriotic Front, has been in the Government.

I saw the continued marginalization of women: in politics, in agriculture, in business, in all areas. I realized that if we have a critical mass of women in politics, we’ll be able to address these issues. My hope was that we would be able to influence the politics of the Government and influence the legislation that protects women’s rights.

What have you achieved in politics?

I feel my paramount responsibility is towards my constituency, and I have been able to lobby for development there. I have also contributed a lot in highlighting gender issues in my constituency.

As for the whole of Zambia, fighting poverty has been number one achievement. We have increased the minimum wage, we are addressing the issues of the rural poor and the coverage of social protection has been enhanced. The levels of poverty are highest in the rural areas, and this especially applies to women. We need to open opportunities, generate small businesses and youth programmes.

We also need to bring the traditional leaders into governance, and therefore we have established the Ministry of Traditional Chiefs, trying to sensitize the chiefs to women’s issues, e.g. to champion against early marriages and to encourage them to give land to women. 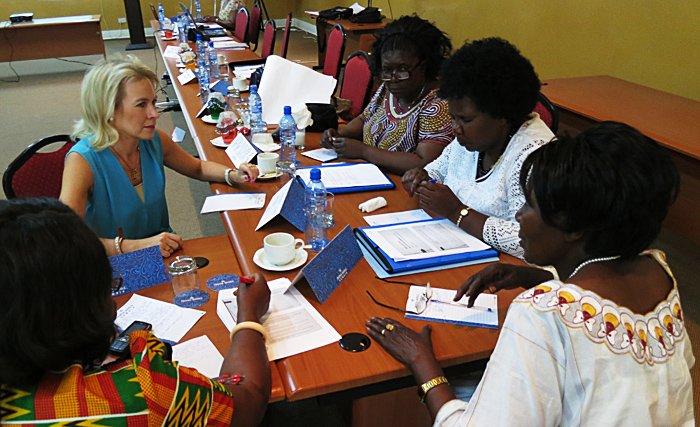 What is your experience as a woman in politics?

My family has always been very supportive. They do realize the value of helping others.

My party has also been very supportive. I am a national chairperson of the party, number three in the official hierarchy. Every person within the party respects me, and the leadership has demonstrated trust in me.

Nevertheless, I feel I am under scrutiny all the time, and get easily criticised, especially on questions to do with morality.

What are your dreams for the future Zambia?

I want to see reduction in poverty levels, every Zambian has to benefit of our policies. I also hope that every girl will get educated as well as boys and that women enjoy the same rights and benefits as men.

In 50 years’ time, Zambia ought to be a middle income country, no more a developing country.

School of Politics launched in Myanmar