Social media as well as communication and handling day-to-day affairs on a variety of digital platforms have been a part of our daily lives already for a long time. The debate over whether social media is a threat or an opportunity for democracy has shifted to discussing how to minimise its risks and negative side effects. The polarisation accelerated by social media and the disinformation spread through social media channels are known to undermine social trust and erode democracy. However, they are not the only, or perhaps even the greatest, dangers of social media from a democracy perspective. The way digital giants use power in society is an issue that needs to be better understood and for which the rules of the game are only now being created.

Digital platforms facilitate our daily lives, work and communication in numerous ways. They have allowed us to hold meetings, meet friends and partners, and attend lessons even during the isolation caused by the pandemic. However, their primary purpose is not to generate social good but to profit their owners by providing us with services that are interesting enough to make us active users.

Digital giants such as Alphabet that owns Google or Facebook’s parent company, Meta, largely determine what kind of content we see online. Their platforms have their own rules governing who can publish and what can be published. Their terms of use, which few have actually read through, also tell us about the very extensive collection and use of our private data. There is a growing understanding of how the content we see affects us. It can be used to disrupt elections, increase confusion in a society, incite people against each other and gain support for certain views.

Decision-makers are not immune to online influencing, but specifically its target. Sitra’s Digipower investigation points out how the collection and use of decision-makers’ data can be a risk to democracy and how difficult it is to find out where the data ends up. Indeed, digital giants have great power – in some situations even greater than democratically elected decision-makers.

Thus, a handful of people in certain companies’ management decide on the factors that affect the daily lives of all of us and even society and politics more broadly. Billionaire Elon Musk, who is considering buying Twitter, has declared himself a freedom of speech activist, and the possible acquisition has raised fears of an even wider spread of hate speech and disinformation on the platform. This is a good example of how much impact a small group – or even an individual – can have.

Digital giants are trying to convince us of their goodwill. Facebook founder Mark Zuckerberg, for example, has repeatedly stressed how the company takes the hate speech on the platform seriously and invests in content moderation in various ways, and emphasised the good effects of the platform, although internal documents leaked to the public in 2021 revealed huge shortcomings in content moderation especially in other languages than English. Can we trust the companies to remain benevolent and not actively seek to harm society? On the other hand, even a single dictator may (perhaps?) be benevolent, but few, if any, want enlightened autocracy. When the main goal is profit, democratic values can never be a priority. This was also emphasised by Frances Haugen, former employee and whistleblower behind the leak known as the Facebook Papers.

Of course, the democratising power and potential of social media should not be forgotten. Internet and social media have revolutionised communication in a way comparable to the invention of the printing press. They have given the opportunity for previously marginalised voices to be heard and diversified the range of information producers. There are no gatekeepers in the same way as in the traditional media – which may or may not be a good thing. However, social media has many advantages as well as opportunities for democratic innovation and interaction between citizens and decision-makers.

Despite the potential, the risks are also high. Corporate giants have had power before, but never has it defined people’s daily lives and political debate as strongly as it does now. There are highly influential actors in our society whose exercise of power is not a result of a democratic process, and our private data is in the hands of for-profit companies. Unlike, for example, radio and television, the internet and data economy have so far evolved without a framework defined by legislation or a state monopoly. However, the need for regulation has arisen in recent years.

Regulation is a double-edged sword that must be handled wisely. It’s about freedom of speech versus minimising the harmful effects of social media. Russia, for example, has blamed Western countries for hypocrisy as they criticise internet restrictions in certain countries and at the same time want to increase regulation themselves. On the other hand, there is no democratic process behind internet regulation in authoritarian countries like China or Russia. Thus, when we talk about the necessary regulation, it’s actually about freedom of speech versus the subjugation of digital platforms to the exercise of democratic power.

The EU has taken significant steps to increase regulation as the Digital Markets Act and Digital Services Act proceed in the Union’s decision-making. They aim to prevent market concentration only for the largest tech companies and to ensure a safer and more transparent digital space for all users. Time will tell how these Acts will succeed in levelling the playing field, improving users’ rights concerning their private data, and reducing harmful content. The EU has a good opportunity to lead the way and set standards for the regulation of digital economy.

The non-transparency of digital power is problematic for democracy. It is positive that the risks involved are becoming better understood and both the rules of the game and the strengthening of civic skills in data privacy are now being discussed. Will the direction of future societies depend on the temper of authoritarian leaders, the goodwill of big business, or democratic processes? 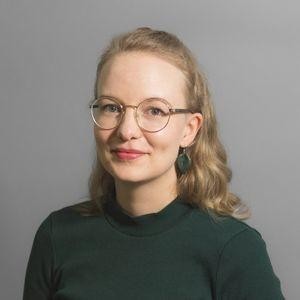 The author works as Demo Finland’s Communications and Programme Manager.