Politics of climate change is shaped at many forums

Climate policy started moving ahead in a new way after the publication of the alarming 1.5-degree report by the Intergovernmental Panel on Climate Change (IPCC) in autumn 2018 and the launching of the Fridays for Future climate protests by Greta Thunberg and followed by millions of people, especially youth. Although the COVID-19 pandemic has taken a large share of public attention in the past year, both in the media and in parliaments, much has happened in climate policy at the same time.

Many countries have modified their targets to curb climate change. Much attention was drawn to China’s declaration to strive for carbon neutrality by 2060. This declaration has been praised, but also questioned and interpreted as one sign of China’s desire to become the world’s leading superpower. There is also speculation about, what China’s possible trajectory of moving to massive climate change mitigation strategies in a similar vein as it successfully overcame the COVID-19 pandemic, would do to democracy and its “brand” globally.

Finland’s actions are also internationally significant as Finland’s carbon neutrality target for 2035 is among the most ambitious in the world. Sweden, for example, has announced a target for carbon neutrality in 2045, while the EU, the US and several other countries have set their target to 2050.

With mass demonstrations along with many other walks of life moving from the streets to online space and the media focusing on the pandemic, who and where is shaping climate policy? Parliaments are obvious actors in climate policy, preparing climate laws, approving budgets and overseeing governments’ climate action. Political parties’ climate policies are put into practice in government and parliamentary decisions, but many other actors also shape climate policy.

The increasing role of the judiciary

Recently, the judiciary has had an active role on climate action. In April, German climate policy was affected by the country’s Constitutional Court surprisingly ruling that the country’s current climate legislation leaves too much of a burden on the young generations. The court ruled that the current climate law is in part unconstitutional and threatens to force restrictions on young people’s freedoms over the next decade. The German government took swift action. Just two weeks later, it had reformed its climate policy, and the carbon neutrality target was brought forward by five years to 2045. Parliament is expected to vote on a new climate law package during this parliamentary term before the autumn elections.

More concrete climate policy has also been promoted through various instruments of deliberative democracy, such as citizens’ panels. In France, a panel of 150 citizens, launched by President Emmanuel Macron, convened for up to eight months and was widely regarded as legitimate, according to research. 70% of citizens had heard of the panel’s recommendations, and a majority supported all but one of the panel’s proposals. In Ireland, a citizens’ panel, launched by Parliament, has proposed strengthening the country’s climate law and putting the climate at the heart of the country’s policy-making. The panel also highlighted citizens’ will to pay higher carbon taxes.

In Finland, the Ministry of the Environment also recently set up a citizens’ jury to assess climate action, together with the Climate Policy Round Table. Represented in the Climate Policy Round Table are political, business and civil society leaders, including the Prime Minister, and it has been set up by the government. The citizens’ jury included 33 citizens aged 18–80, selected through random sampling and quotas, and met for three days in April. The statement of the citizens’ jury calls for, among other things, the need for the costs of new climate actions to be shared fairly between the various sectors. The jury assessed the fairness and effectiveness of existing climate policies, but also proposed, for example, a new “eco tax credit” for household expenses to be earmarked for measures that improve the property’s energy efficiency. The jury’s official role and mandate in relation to Parliament has not been determined in Finland.

Although democratic decision-making is often blamed for being too slow in face of the urgency or climate change, studies confirm that democracies produce better climate policies. Click To Tweet

Finnish decision-makers’ efforts towards carbon neutrality and carbon negativity are also urged by, for example, the Finnish Climate Change Panel that represents different branches of science and was set up under the Climate Change Act, the Climate Leadership Council that represents business, and several environmental organisations, among which the most visible has been Extinction Rebellion by blocking streets and staging hunger strikes to demand for more urgent action.

A comprehensive and open debate is essential for an effective climate policy. According to the V-Dem Institute, it is clear that democracies produce better climate commitments. A 10% increase on the V-Dem Liberal Democracy Index corresponds to a 3% improvement in the level of ambition of the degree target under the Paris Climate Agreement. The difference between fully authoritarian regimes and full democracies in terms of ambition is almost 1.6 degrees Celsius. There are nine democracies among the top ten countries in the Climate Performance Index 2020. The index covers 57 countries as well as the European Union, which corresponds to 90% of the world’s greenhouse gas emissions.

Although democratic decision-making is often blamed for being too slow in face of the urgency or climate change, studies confirm that democracies produce better climate policies. Moreover, without democracy, there is no independent judiciary, and it is the judiciaries, which now have taken on an increasing role in climate policy. Likewise, inclusive decision-making is key to truly tackling climate change in a timely and effective manner. In countries where the proportion of women in parliament is high, climate policy tends to also be more ambitious. The same could be expected to apply in municipal councils as well.

Municipalities have an important role in the politics of climate change

Könneke: Out of Order: How Germany can become a aclimate leader once more. European Council on Foreign Relations 11.5.2021.

Ministry of the Environment: Citizen’s Jury publishes a statement on the fairness of climate actions. Press release 27.4.2021. 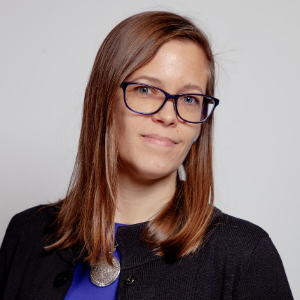