Demo Finland has worked with youth for a long time, but lately it has also become active in the Erasmus+ programme of the European Union. Erasmus+ is the European programme for youth, education and sports that supports mobility and active citizenship of young people. Demo Finland has also got funding from the programme for its projects that focus on international experience sharing of active youth. In September, Demo Finland participated in a study visit on youth work and youth participation in Morocco, supported by Erasmus+ and organised by SALTO Euromed Resource Centre.

The aim of the study visit was to enable European organisations working with youth to get to know youth work in Morocco, youth policy and stakeholders involved in
implementing it, and youth participation in Moroccan society. The programme included both discussions on current reforms in the Ministry of Youth and Sports as well as getting to know local level activities in different cities. 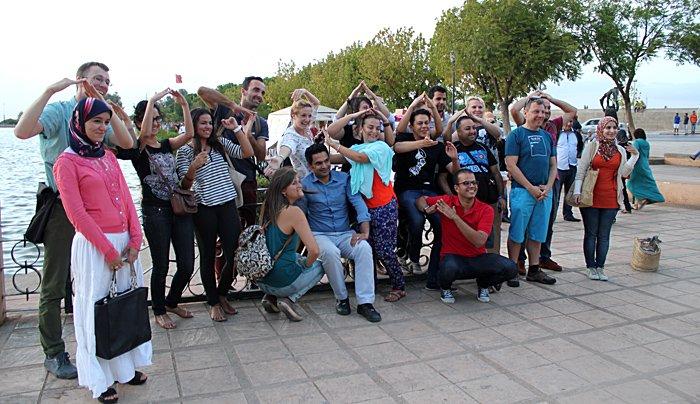 A local association Errahim took the Europeans to visit the city of Meknès.

Although the Arab Spring did not lead to a big revolution in Morocco, it has, as in many other countries in the region, raised the voice of young people demanding democracy and human rights, and paved the way for important reforms in the society. Following the movement of February 20th in 2011, a new Constitution was adopted which meant more power to the Parliament, more space for civil society and acknowledging the role of youth as an important resource and as a group whose active participation should be supported. As a Moroccan said, there is “evolution, not revolution” going on in the country.

The Ministry of Youth and Sports has had a key role in developing new youth policy. The National integrated youth strategy for the years 2015-2030 has been formulated, its objectives being, for example, improving the economic opportunities and employment of youth and promoting the active participation of youth in decision-making.

Youth have participated in the process of developing the strategy in different ways, e.g. through regional forums, questionnaires and national conferences. According to the Ministry, the political party youth wings have been involved in the process too, and they have also been facilitators between the Ministry and political parties. The vision of the strategy is ambitious, but the action plan for its implementation is still in the making. An important role in monitoring the implementation goes to a consultative committee of youth (Conseil consultative de la jeunesse et de l’action associative) that was created with the new Constitution.

Around one third of the Moroccan population consists of youth. However, youth work and the idea of youth as a resource for the society are relatively new in the country, and even most of the youth organisations have been founded during the last ten years. According to the former National Secretary of the youth wing of the country’s biggest political party, less than 2 per cent of youth participate in decision-making in a way or another, and less than one per cent is involved in political parties. 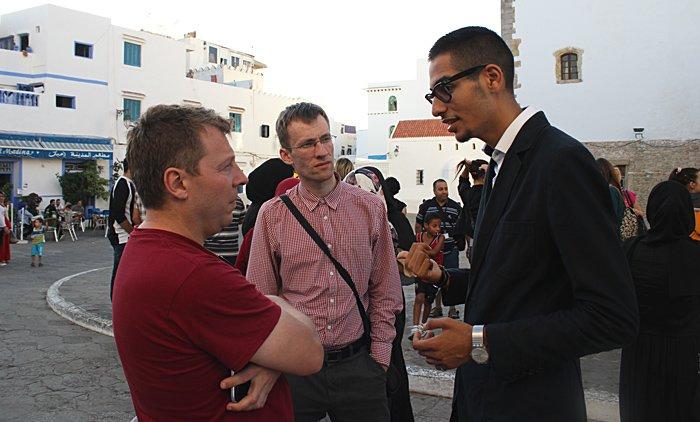 Nidal Benali (on the right) is the President of the Youth Council in Assilah.

Indeed, discussions with Moroccan youth showed that ordinary young people are not very interested in voting in elections, and that for them voting does not seem like a way to change things. Also, schools do not really offer democracy education or prepare students for democratic participation. However, a general consensus seems to be that things are anyway going to a better direction also for young people.

Good initiatives for youth participation have been made. Eight years ago, an institute was established that gathers all the youth that are involved in political parties and that focuses on training. Also, several NGOs are working to activate young people and to increase their opportunities for participation. In many municipalities, there are youth councils, but the role and structure of these councils can be very different from one municipality to another. According to the youth workers, a law will soon be drafted that clarifies the role of youth councils.

In two municipalities – Assilah and Tétouan – there are active youth councils whose members are elected by youth. The Youth Council of Assilah was created by a joint initiative of the Communal Council of the city of Assilah and the Mediterranean Forum for Youth. The objectives were to institutionalize youth participation in the municipality, to strengthen local governance and to help young people to integrate into active and associative life. The youth councils in Assilah and Tétouan are still very young, but they have good practices and experiences to share with other municipalities in the region too. 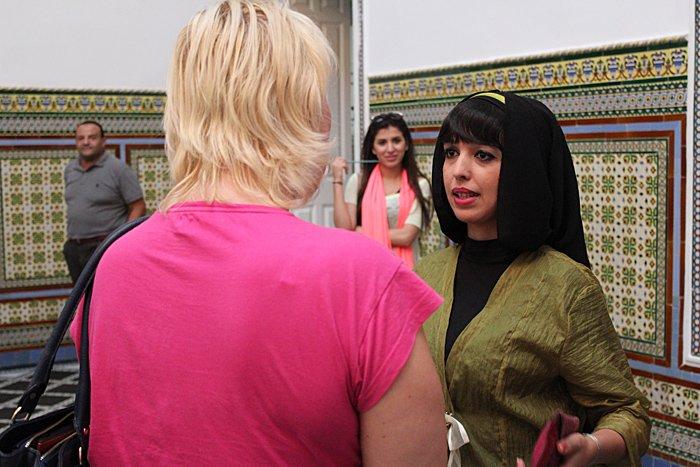 Asmae Boukaydi discussing her experiences on the youth council.

All in all, a lot of promising activities and initiatives are taking place in the civil society, and the government has also showed engagement in supporting the well-being and participation of young people. The impact remains to be seen, and youth still have a long way to go to really make their voices count in decision-making. However, with the new media the youth are following what is going on in other parts of the world, and they are more aware of their rights and possibilities. Bit by bit, the new generation in Morocco is taking its future into its own hands.