Demo Finland celebrated its 10th anniversary on the occasion of the International Day of Democracy on 15th September. The anniversary seminar “Dialogue as a means of reconciliation” was organised in co-operation with the Parliament of Finland at its premises. Invited were politicians representing all Demo Finland’s member parties, civil society actors as well as politicians and partners from Demo Finland’s programme countries.

In her welcome address Speaker of the Parliament of Finland, Maria Lohela (Finns), highlighted the role political parties play in a democracy and promised to cherish that role, as well as, a culture of fact-based dialogue as means to a more unified society.

The keynote speech was given by Dr. Richard Youngs (Carnegie Endowment for International Peace Europe). Youngs reminded the audience – more than a hundred politicians and civil society actors – that even though we are celebrating the International Day of Democracy, democracy is facing enormous challenges around the globe. His key message was that strong political commitment is not enough and that the countries providing democracy assistance should rethink the ways of providing support.

Youngs summarised his suggestions into five points. First of all, there needs to be enhanced coordination between the EU and its member states and their roles, especially at a time when the union is facing an internal crisis.

Secondly, he pointed out that there is no one model of a democratic transition and democracy support actors need more fine-tuned analysis of political situations and longer-term commitment. Thirdly, Youngs brought up the issue of growing resistance against civil society organisations in many authoritarian or mixed-regime countries. He called for better protection of staff working in such environments. 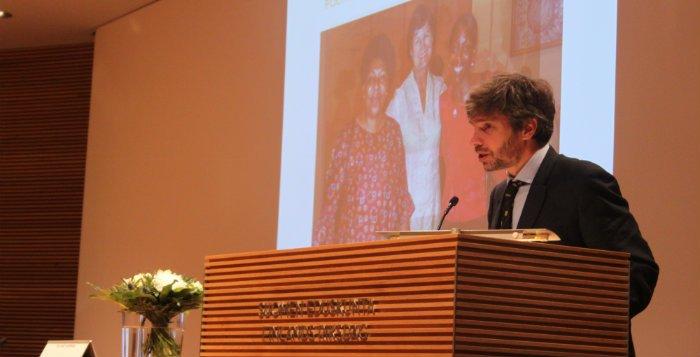 Youngs’ fourth and fifth points dealt with different models of democracy and non-traditional actors entering the field of democracy support. The traditional actors now need to think more of how to engage with non-western countries that provide support for emerging democracies and of the different democratic – often ”non-western” models – they are representing and also supporting. What is ”the democracy” that we are supporting or want to support?

The Finnish Minister for International Trade and Development, Lenita Toivakka (National Coalition Party), thanked Demo Finland for its results during the organisation’s first ten years. She reaffirmed that Finnish support to democracy, gender equality and the rule of law will continue despite of the cuts the development sector in Finland is facing. She also encouraged development actors to strategically rethink and reform their ways of working in order to achieve results with less funding available. 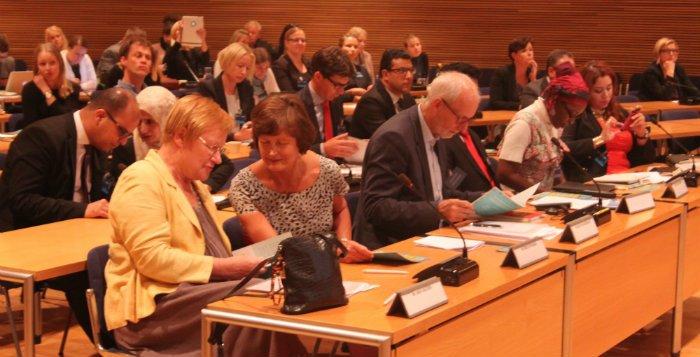 A voice from the opposition was heard when Member of the Parliament and former Speaker of the Parliament, Eero Heinäluoma (Social Democrats), heavily criticised the government’s plans to cut development funding. He expanded on the UK’s choice to leave development funding untouched despite of heavy austerity measures by the UK government. According to Heinäluoma, with these decisions Finland might be harming itself in the long run and even lose its reputation as one of the Nordic welfare states.

The seminar was concluded by Demo Finland’s current chair, Member of the Parliament, Heli Järvinen (Greens) who described the lack of democracy as one of the most important root causes of our current challenges around the globe. She stated that the only way forward is to strengthen democracies at the local level. And thus, there will be even more need for actors like Demo Finland in the future.