Demo Finland launched a new toolkit on gender equality within political parties and women’s cross-party cooperation on the 10th June in the seminar ”Women, Power and Politics”, on the occasion of a visit by the Zambian Minister for Gender and Child Development, Nkandu Luo.

Political parties are gatekeepers to women’s equal participation in politics and additionally, the lack of strong networks is considered as a reason to low number of women in politics. Demo Finland has been working with these themes for 10 years. ”Gender Equality within Political Parties and Women’s Cross-party Cooperation – How to Build the Capacities of Women Politicians and Political Parties” -toolkit presents numerous good practices and concrete exercises that can be used to strengthen equality within political parties.

This is the first time when good practices of Finnish political parties and Demo Finland’s work are gathered into one publication, but in addition, there are plenty of examples from around the world. The toolkit is aimed at facilitators organising trainings on gender equality and women’s cross-party cooperation for political parties and politicians but it also has plenty of good reference material and additional information for everyone interested in strengthening women’s political participation. The foreword of the toolkit is written by former Prime Minister of Finland, Mari Kiviniemi. Furthermore, eight other Finnish women politicians present their stories in the toolkit.

The toolkit is written by Elina Hatakka and Anita Kelles-Viitanen and it is available for download online on Demo Finland’s web site. 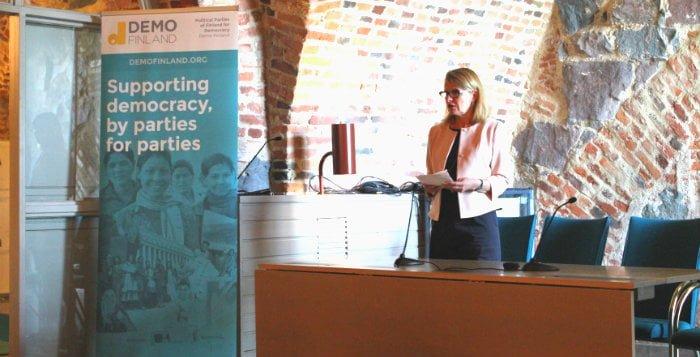 The opening speech of the launching ceremony held at the Ministry for Foreign Affairs was given by the Minister for Foreign Trade and Development, Lenita Toivakka. Toivakka reminded that decisions enhancing women’s role and equality have benefitted the whole Finnish society and that Finland would have never developed to a Nordic welfare state without full participation of women in the society. Toivakka also stated that gender equality – as well as support to democratization – will remain a key focus area in Finnish development policy.

Minister Luo gave the audience an insight to the history of women’s political participation in Zambia. According to her, the Zambian society is highly patriarchal and there are very few women in politics, for instance, only one tenth of parliamentarians are women. Under-Secretary of State responsible for development cooperation Anne Sipiläinen explained the Finnish efforts in supporting gender equality emphasizing that without full participation of both women and men, no country can use the full potential of its citizens. 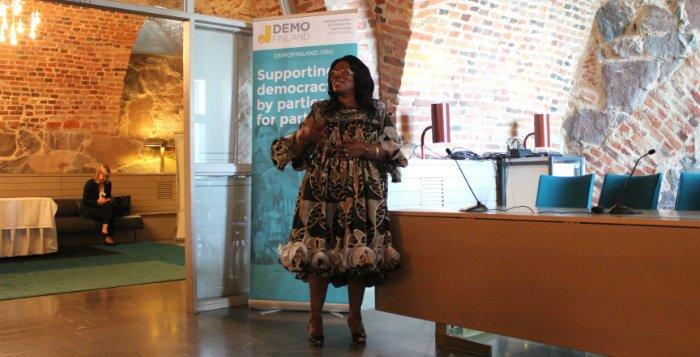 Also the importance and achievements of women’s cross-party cooperation was discussed in the seminar. Minister Luo emphasized the need for peer-learning. All countries can learn from each other, and one of Finland’s remarkable success stories is the strong representation of women in politics and society in general. 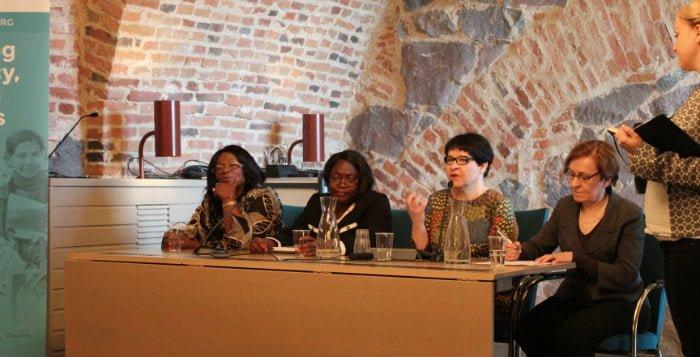