“Endless learning” in the Myanmar School of Politics

The Myanmar School of Politics was launched in December and the first course is soon set for their graduation. But what is the School really about? Bram Steenhuisen, the coordinator of the School and Demo Finland and NIMD’s Country Representative in Myanmar gives an insight.

Why is a School of Politics needed in Myanmar?

This kind of training is needed at the regional level in Myanmar for three reasons. The first need that was expressed by the politicians when we met them at the planning phase was the access to knowledge and practice of politics and democracy in particular. The participants are all regional politicians with a good chance to become important leaders at the regional or national stage.

At the MySoP they are improving their theoretical knowledge and sharpening the practical tools with which they can become better politicians and help their parties become stronger. For most of them this is the first time they can get training on this.

The second need is that for inter-party dialogue. At present the political situation is rather polarized. MySoP aims to bring the politicians closer to each other, especially on a human level. This way, even if they may be completely disagreeing on a political issue – which is only healthy in a democracy – the chance increases that the participants can cross the divide, keep communicating and find a solution or at least talk to each other and agree to disagree.

The third need concerns the importance for the developing democracy to focus on the big issues that are important for all, such as health, education, the economy, the nature of their union and the like. These issues concern everyone in Myanmar. The training is sharpening the participants’ ability to debate these issues and design more solid policies around them. 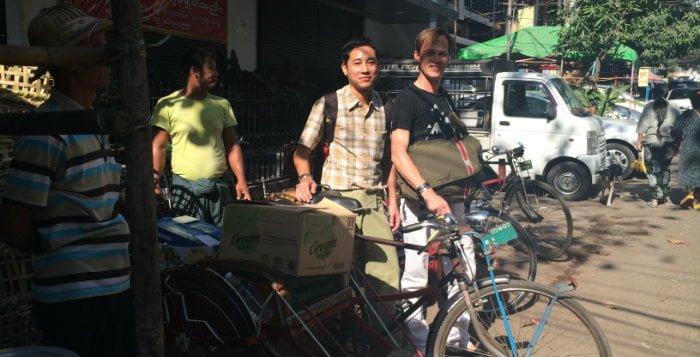 What does a normal day of training look like?

MySoP takes place in an intensive retreat-setting – 4 x 1-week sessions consisting of 9 hours of theory and practice a day, held at a seaside guesthouse away from everyone’s work. We do this per state or region in Myanmar. When the core course is completed, we design shorter alumni activities for the graduates.

The motivation is truly impressive. We at first started at 08:30 am, but people were usually ready at 08:00 and wanted to start. So that’s what we do now. Luckily we have two trainers on most days so we manage to keep up with them! This energy is actually yet another very hopeful sign in this country. If well-prepared when given the chance, the people who are guiding Myanmar tomorrow, no matter which party they represent, can really help to maximize this country’s enormous potential for its people.

What kind of expectations do the participants have and what are some of the first reactions?

We find that the participants appreciate the course because it increases their knowledge of politics and democratization in both the Myanmar and the regional Southeast Asian context. The hands-on debating, campaigning and policy skills are also very much welcomed. This is completely new for most of them. It is amazing to see how people change in a few days and become much sharper when they discuss a subject.

What is very hopeful to see is that participants learn from each other not just when they talk about political issues, but also on the personal level. Some participants were fishermen or farmers just a few years ago, whereas others have been in politics for over a decade. They are interested in each other’s experience and feel that they can learn from each other. You see that people new to politics become more like politicians, while the politically experienced ones are becoming closer to the issues of the common people. Personally I think that is a very interesting process and potentially where the different backgrounds make the largest contributions to the course.

Finally, participants are also interested in the Dutch and Finnish experiences of democracy. Not only because Demo Finland and its Dutch counterpart NIMD are the two donors of MySoP, but because both these European countries are truly multi-party in nature. At the moment there are over 70 political parties in Myanmar, many of them brand-new. Even though our countries are very different, to understand how all these different political parties interact, form governments, check each other and work with each other fascinates participants and makes the content of this training even more unique I think.

That works both ways, me and the trainers are learning as much, if not more, from the participants as I hope they are learning from us. In that sense there are only endlessly learning students in the Myanmar School of Politics! 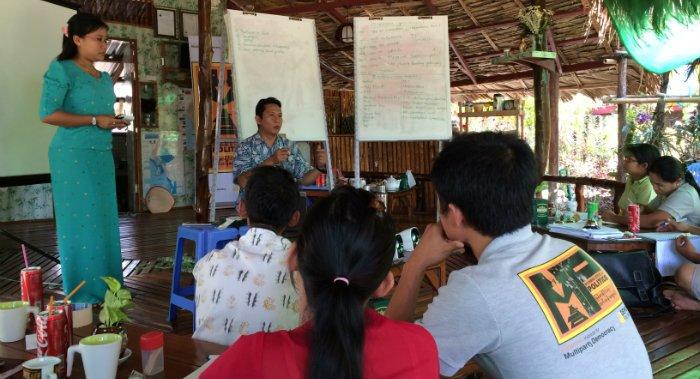 MySoP class at the Tanintharyi Region

How did you get involved with Myanmar and democracy support?

I first visited Myanmar in 2004 as a tourist and that inspired me to study politics and development. Then I got chance to work with an anti-human trafficking organisation and return to Myanmar in 2011.

After taking a gap-year to learn Burmese in the countryside of Myanmar I came across Demo Finland and the NIMD, who were looking for someone to set up the MySoP, which they had been preparing for some time.

Given that this linked well with my passion for both politics and Myanmar this turned into a very nice collaboration. We started with a group of Burmese freelancers and have hired our first staff, who as soon as possible will take over the project and run it by themselves.

The first class of the MySoP held at the Tanintharyi region will have their graduation on Friday the 6th February.