Legislators from Mozambique see the benefits of transparency in Finland

A group of Members of Parliament from Mozambique visited Finland to learn how to manage revenues from their country’s rich natural resources in a better way to reduce poverty.

Mozambique is one of the world’s poorest countries where international companies have discovered large deposits of natural gas. So far these deposits have not generated new jobs or equitable economic growth, but they are expected to bring in significant revenues over the next few decades.

At the Parliament of Finland, the Finnish and Mosambican MPs shared best practises in oversight of the natural resources’ management in extractive industries. In the picture MPs Susanna Huovinen (Social Democratic Party) and Mikko Kärnä (Center Party). Picture: Hanne Lyytikkä

The Mozambican environment committee visit to Finland is part of a project, co-implemented by Demo Finland, Netherlands Institute for Multiparty Democracy (NIMD) and the Mozambican Institute for Multiparty Democracy, IMD (Instituto para Democracia Multipartidária), funded by the Ministry for Foreign Affairs of Finland. The project provides ideas and tools for the Mozambique’s Parliament and regional governments as to how to manage the country’s natural resources in a fairer and more equitable way.

The Mozambican committee members spent a week in Finland as Demo Finland’s guests learning about the practices of mining, forest management, the work of legislators and cooperation between Finnish political parties. Gaining an understanding of how Finnish society works and learning from their Finnish colleagues opened up new perspectives on their own legislative work and on their responsibility to monitor the Government’s activities.

Francisca Tomas Domingos, who runs the network of Mozambican female Members of Parliament, said that she had a lot to take back to Mozambique. The transparency of public administration and legislation made the biggest impression on her. 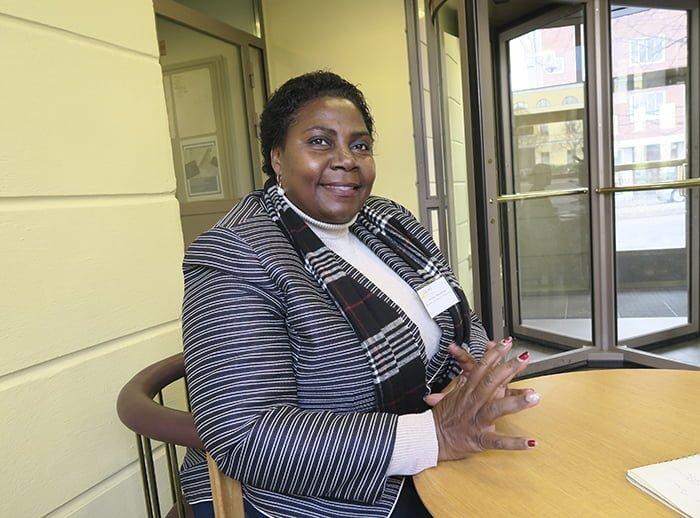 Francisca Tomas Domingos, who has served as an MP for 18 years, would like to see more women as decision-makers. “In Mozambique, there are no women involved in the mining business, and there are too few of us in Parliament. I expect this to change when the number of girls at school increases.” Picture: Outi Einola-Head

“I learnt a great deal about how openly fees and charges for mining activities are collected, how tax collection is organised and how to restore the land after mining. It has been wonderful to see that the Government and NGOs can work together and the voices of NGOs are heard in law drafting.”

“Cooperation seems to work well across party lines for the benefit of the whole country. This may even be one of the reasons for Finland’s success.”

According to Tomasi, starting mining operations raises many concerns among local residents, but efforts are made to address these concerns together. People are concerned about the environmental effects of mining. Water systems are at the greatest risk, and many rivers have already been contaminated.

The project, which started six months ago, has improved relations between decision-makers at national and regional levels, and representatives of the regions have been in contact with legislators in Parliament. Legislators have received more information about the extractive industry and its effects on the environment and people’s living conditions.

Constructive dialogue is particularly important in Mozambique’s heated political situation. The regional parliaments have discussed what legislation governing the use of natural resources means from the perspective of the region in question and its residents. The views of civil society and local residents are heard so that the benefits of natural resources can be shared in a fairer and more equitable manner. 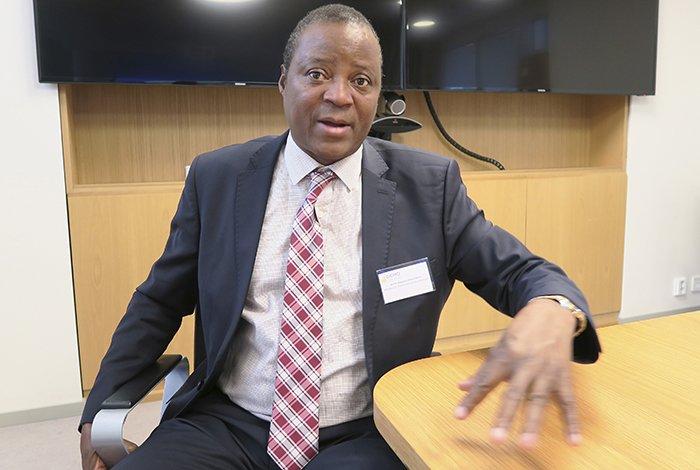 “Education is valued in Finland and linked to the development of the Finnish state. Education is also Mozambique’s only renewable natural resource, and that is why we must invest in it,” said Jaime Neto, Member of Parliament. Picture: Outi Einola-Head

“We at the environment committee try to take people’s concerns into consideration. People get in touch with us, and when possible, we go and meet them, learn about the problems and address them together. We have received a lot of complaints about the environmental effects of coal mining, for example. We bring some of the most important issues before the whole Parliament,” said Jaime Neto, vice-chair of the committee.

The concerns expressed by people are very concrete. People have to be moved and resettled in other areas due to mining, and they need houses, schools, health centres, farmland and jobs.

“The aim is to find new homes for these people in areas that are as close as possible to their old neighbourhoods, but this is not always possible. Mining companies are responsible for building new houses, but every family gets only one house and one man may have several wives. International mining companies are also reluctant to assume responsibility for employing people. It is easy for the companies to reject applicants due to their insufficient qualifications. That is why it is of utmost importance to improve education and training,” said Neto.

He would take back from Finland transparency and forest management skills, to mention just a few.

“In Mozambique, anyone can get a permit to harvest forests without being required to plant new saplings. This together with illegal logging needs to be brought under control. The natural resources of Mozambique belong to the people of Mozambique.”

Original text published at the website of the Ministry for Foreign Affairs of Finland.

Demo Finland, NIMD and the UEC of Myanmar renewed their Memorandum of Understanding