Demo Finland and The One-Text Initiative (OTI) launched today a series of workshops titled Sri Lankan Youth for Democracy. The project, the first of its kind in Sri Lanka, is aimed at building the capacities of young and upcoming political leaders on collective action in realizing democratic values. By engaging youth representatives into dialogue and co-operation, they are encouraged to work together for the common benefit of the country.

The launching ceremony started with a welcome address by Ameer Faaiz, the Chairman of OTI followed by an introduction to OTI by Thusitha Tennakoon, the Executive Director of OTI.

Mr. Faaiz expanded on the role of OTI as a regular and established meeting place for cross-party political actors to find middle ground to their competing interests for developing consensual policy options. 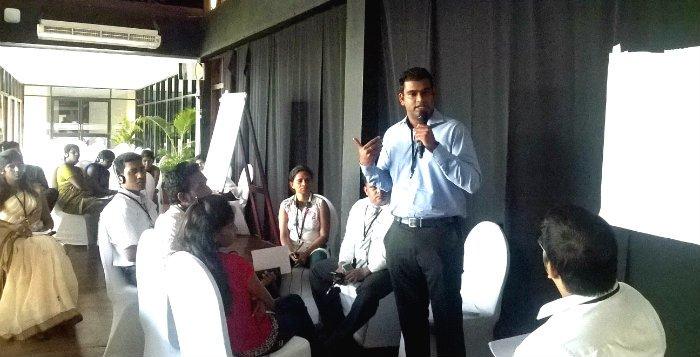 The inauguration was attended by young leaders representing the major youth wings of Sri Lankan political parties. First speaker was Hon. Naveen Dissanayake, Minister of Tourism and Sport representing the National Youth front; the youth wing of the United National Party. He pointed out that all political parties should get together to find solutions to the concerns of youth that have been neglected in the country.

Secretary General of the Sri Lankan Freedom Party Youth Organization, Hon. Eric Weerawardene mentioned that through changing the current system of elections, there would be more opportunities for young people to be elected into governing bodies.

Demo Finland was represented by Riikka Jalonen, Senior Programme Manager, who explained the objectives of the programme. During the second half of the programme the participants engaged in a series of activities facilitated by the South African expert Mr. Ivor Jenkins to collectively agree on the topics for dialogue and the objectives of dialoguing. 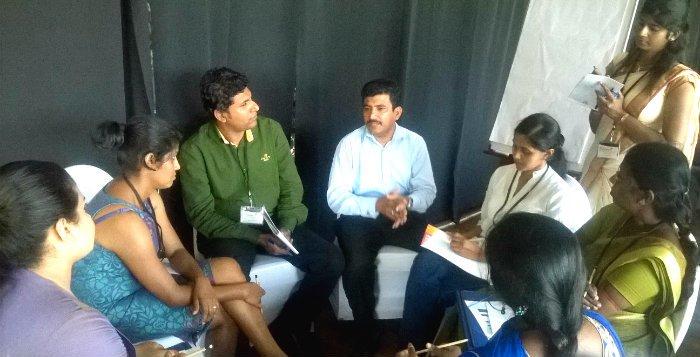 In addition to the activities held, the participants agreed for the topic “Role of Youth in National Reconciliation Process” for the second workshop. They also decided to prepare a comprehensive action plan for their work as “Sri Lankan Youth for Democracy” beyond 2015.

Demo Finland’s partner in Sri Lanka, OTI, is an independent, multi-party political platform for facilitating structured dialogues at National, Provincial and District levels. Their focus is achieving a just, equitable, democratically pluralist and socio-economically stable Sri Lanka. The initiative is owned and driven by Sri Lankan Political stakeholders. The OTI has, over the years, created a sustained political space and time-tested processes for inclusive political dialogue.

EPD: Policy dialogue should be in focus when supporting democracy

Tears, laughter and somersaults at Erasmus + training in Slovenia

First politicians graduate from the Myanmar School of Politics