Quotas are often under scrutiny when equality in politics and parties is discussed. This was the case also in “Gender in Politics and Political Parties: Experiences, Challenges and Perspectives for the Future” conference held early October in Malawi. However, the participants issued a strong message: quotas alone are not sufficient to enhance gender equality in politics, a cultural change is also needed. And concerning the quotas, their structure matters.

The participants of the conference – politicians from more than 20 African countries and democracy support actors – agreed that quotas are often a necessary first step in involving women in politics. These measures should be binding and written down in the statutes of the parties as well as the national constitutions. Often times, even if the quotas are legally binding, their implementation is lagging; there are no resources to implement or there is no mechanism for follow-up.

The participants told about cases in which sanctions and rewards have been used to ensure that laws are abided. For instance, parties that set up women candidates are given a financial reward and vice versa, parties who fail their obligations are sanctioned.

Some of the quota systems were seen as better than others. Especially the so called ”special seats” quota was heavily criticized. In this system, there is a set quota for women that is measured in percents. It is disconnected from elections, thus the quota is filled up only after the elections. This leads to a situation in which the women are not representatives of any constituency and are not democratically elected. They are often hand-picked by the party leaders and might not possess enough skills and capacities compared to elected representatives. As a consequence, also their role in the parliament is unclear. Thus, looking solely at the quantities is often misleading, it is important to pay attention to the quality. The participants saw that quotas that are built in to the electoral system function better.

The electoral system is significant concerning equality. African countries typically use a system based on majority. In majority systems, such as first past the post, only one candidate is selected from each constituency. Parties usually prefer to present male candidates, since they are afraid that a women would not get as many votes. In addition to men, these systems are favorable to big parties. A majority system is also used in the United States, where only 18 percent of the parliamentarians are women.

Finland, Cuba and Andorra are the only three countries that have obtained 40 % representation of women without any quotas. Sweden is ahead of Finland in the percentage of women MPs but most of the Swedish parties are using voluntary quotas alternating women and men on the electoral lists. 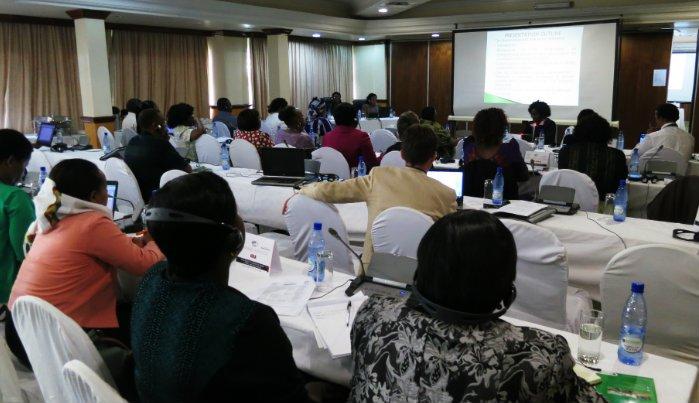 Parties must take the lead in changing attitudes

Quotas are only the first step towards gender equal politics. Even though, the quotas help in pushing the women forward becoming role models for other women, they do not tackle the most profound reasons of inequality – attitudes.

The conference participants gave a recommendation, that efforts questioning prevailing cultural values, norms and attitudes must be supported. First and foremost, attitudes against women’s participation in politics must be changed. Political parties play a key role since they are gatekeepers of women’s participation. In addition to laws, campaigning aimed at the parties is needed to make the discriminatory practices and attitudes vanish.

Additionally, funding for women’s political activities should be made available to support aspiring women politicians. Training and education were also seen crucial, not only within the political sphere, but in the society as a whole to change the mindset of people from grassroots and families to the top leaders.

Demo Finland brought up the importance of cross-party cooperation as a strategy to enhance gender equality in politics. Demo Finland organized a workshop that introduced the participants to the cross-party cooperation done in Tanzania and Zambia. Susan Lyimo, MP for Tanzanian CHADEMA, presented the Tanzania Women Cross-Party Platform and how it has been able to lobby during the country’s constitution renewal process. The platform was a significant player in ensuring that the new draft includes a 50:50 provision. If the new constitution is passed, a woman and a man will be elected to the parliament from every constituency. This would guarantee that all MPs were democratically elected.

At the moment, Tanzania uses a 30 percent quota, that is filled after the results are known. A referendum is supposed to take place in 2015.

Read more about the topics in International IDEA’s publications:

New Country Director in Nepal: “Experiences are welcomed, prescriptions will not help”

Alumni of the Tunisian School of Politics step up for elections