”A school, but also a family of politics”

”It is a school of politics, but we like to talk about a family of politics! That is how close we have become during the past year”, describes Zied Ben Abdeljelil from the Workers’ Party when he is asked to say a few words about the significance of the Tunisian School of Politics to its participants. During the seminar organized on the first day of TSoP’s study visit to Finland, it becomes clear that in this family everyone gets their turn to speak while the others are listening carefully. 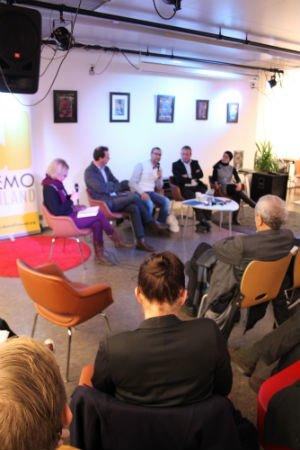 ”One of us represents Ennahda, a party with traditional muslim values, let’s give her a chance to comment on this one”, says Ben Abdeljelil when the audience asks about the role of Islam in Tunisian politics. Takwa Turki, a young politician from Ennahda, replies that there is room for both secular and religious politicians in Tunisia. She adds that Ennahda is fairly happy with the election results even though they lost their position as the biggest party.

Another panellist, Manel Rhouma from Afek Tounes, thinks that getting to know politicians from her generation across the party lines is just as important as the skills and know-how taught at the School.

The Tunisian youth had progressive visions and hopes for a better future after the revolution in 2011, but the older generation is holding tight to their positions at the decision-making bodies. The majority of young Tunisians have lost their trust in party politics. ”The parties are not reaching to youth. It is not only a question of marketing. The parties are ignorant and do not have policies and substance concerning the real issues of youth”, sigh the panellists.

”However, we have to remain positive, the democratization has only started. Sometimes we feel that we can only wait – maybe in five or ten years things have already changed when a new generation with fresh attitudes, more skills and eagerness to co-operate has stepped up.”

Over 50 percent of Tunisians are below 35-years of age, but it was estimated that they made up less than 10 percent of the voters in the recent elections.

From the School of Politics to the National Parliament 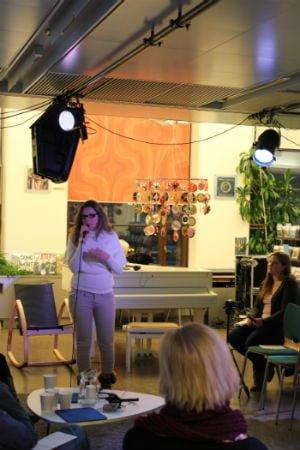 Fatma Mseddi, representing Nidaa Tounes that emerged as the winner of the October elections, says that she felt somewhat nervous before the first training at the Tunisian School of Politics, knowing she would have to face political competitors. ”After all, the most valuable thing the School gave to me was the opportunity to co-operate with politicians from other parties. Now I understand their views better.”

Mseddi has performed a quick takeoff in politics from the local level all the way to the Tunisian Parliament. She joined Nidaa Tounes soon after its establishment in 2012, worked as a trainer in the party and now she is visiting Finland as a recently elected member of the Parliament.

During the week-long study visit 11 new generation politicians from Tunisia got introduced to the Finnish society and politics. In addition to numerous discussions with Finnish politicians, the visitors were welcomed by actors such as the Council of Mass Media; Akava – the trade union confederation of affiliates for highly educated people; the Finnish League for Human Rights; SYL – the National Union of University Students of Finland; the School of Communication, Media and Theatre at the University of Tampere; the City of Tampere; the Finnish Parliament; the Finns Party Youth and the Centre Party Youth.

Mohsen Maraoui, a member of the Wafa party, thinks it is impressive that the Finnish society values the voice of different actors and tolerates views and opinions that do not represent the mainstream. Another interesting example of a strong democratic culture according to Yosra Mourali from Al Massar is that the journalists have decided to establish a joint body to regulate their own work. 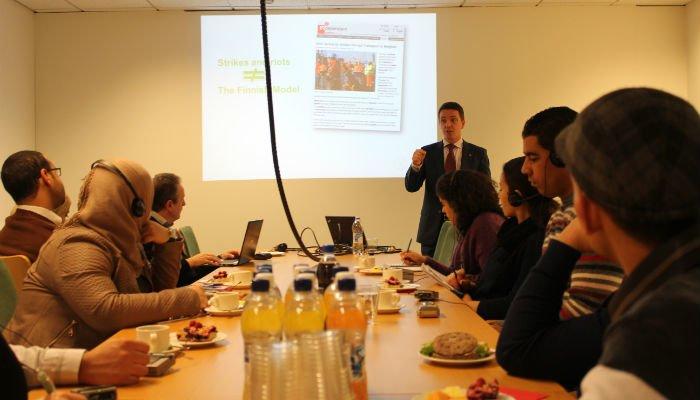 Even though the participants – all alumni of the TSoP – co-operate in a good spirit, the school and the visit are still about real politics. Political stands are taken, debate heats up every now and then and the visitors demand each other clear reasoning to their opinions. During the visit to the Finnish Parliament, the Tunisian politicians are wondering if there is debate at all in the Finnish politics when the parliamentarians have withdrawn from the plenary to wait for their requested turns at the podium.

But why are these youth politicians eager to have a debate, belong to political parties and have trust in multi-party democracy bringing about development? ”Someone has to take the responsibility. We want to ensure that the next generation in politics is more responsible and accountable than the current one. We want to change the mentality in Tunisian politics”, state Mourali and Hassen Bedoui from Ettakatol. 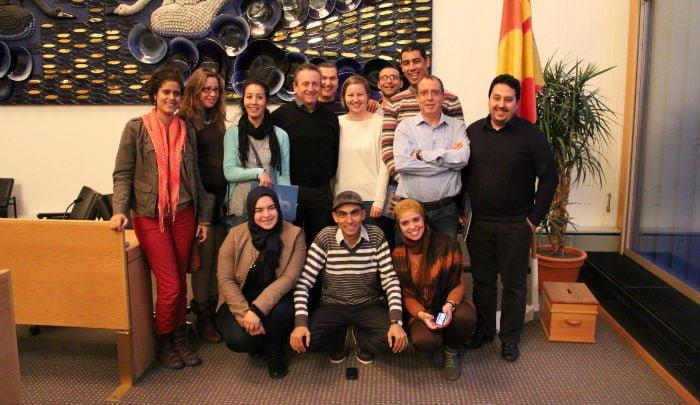 More photos taken during the visit are available at Demo Finland’s Facebook -page.

Tunisia has adopted the ABC of democracy