Nine top performing young politicians from the Tunisian School of Politics class of 2016 visited Finland in December. The focus of the visit was on local governance and its current reforms. While Tunisia has held successful national elections after the Arab Spring and taken major steps towards a consolidated democracy, local elections are yet to be organized.

The delegation consisting of representatives of nine largest parliamentary parties visited the Parliament of Finland, the Ministry for Foreign Affairs, the Party office of the National Coalition Party and the City of Tampere. The National Coalition Party visit focused on the upcoming Finnish municipal elections while in Tampere, the group got insights to local city governance and the current reforms regarding to social and health care in Finland.

In Tampere, the group engaged in a lively discussion with the representatives of the city. An interesting finding was that while Tunisia is currently trying to find a functioning way to decentralize power, Finland is doing the opposite by recentralizing some power from the municipalities back to wider regional bodies. 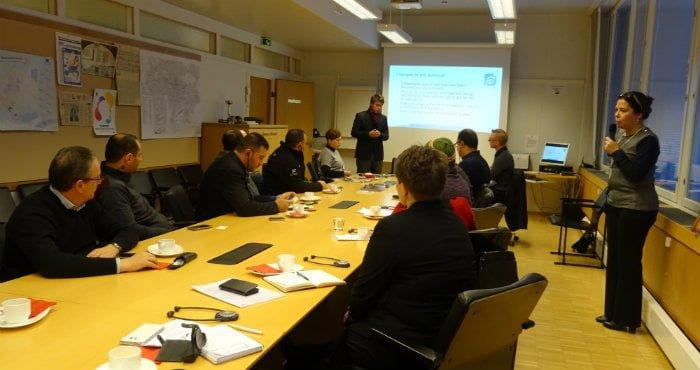 One aim of all study visits organized by Demo Finland is offering knowledge on the Finnish practices of democracy and governance. However, just as important is the peer-support between politicians from Finland and partner countries – in this case, Tunisia. The Tunisian delegation met with several Finnish Members of Parliament and municipal level politicians.

In 2016, 37 young politicians completed the core course of the Tunisian School of Politics. All participants are nominated by their parties. First courses were organized in 2012 and currently, three alumni serve as cabinet ministers and 14 are Members of the Tunisian Parliament. 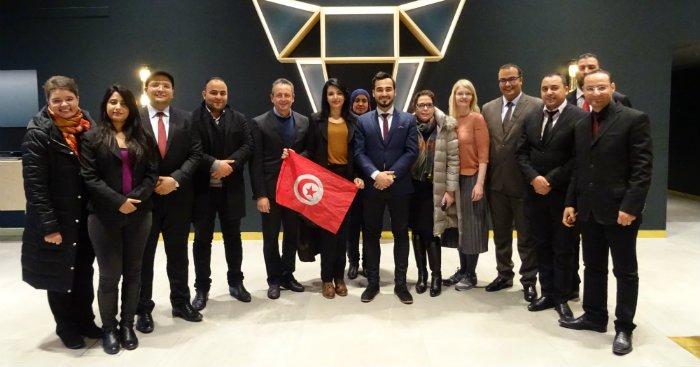